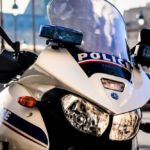 In the past few decades there has been an expansion of the roles played by police in NSW, as elsewhere. Even though the police perform an increasingly wide range of functions in society, crime-control remains paramount in the perceptions of the police in the minds of both the police and indeed the majority of the public. For that reason, any interference with a police officer in the execution of duty is deemed an offence — unless a defence can be later exhibited.

In order to be convicted of such an offence, the police must prove beyond a reasonable doubt that you resisted or hindered an action which the police officer was undertaking or attempting to undertake in the course of his or her duty. Consider, for example, a scenario where your own action has rendered an action of police officer/s in the execution of his/her duty substantially more difficult to perform.
What if you help someone else commit this offence?
It is also important to be aware that a person may be charged if they encourage someone else to ‘resist’ or ‘hinder’ police.]For a specific example from a case that came our way recently, where police were carrying out an operation at a pub targeting anti-social behaviour. In this instance the police officer asked a friend of the (later to be) accused to leave the pub because the officer thought his friend had been drinking too much. Our client decided to object to the officer’s request for his friend to leave the premises; subsequently the objector was charged with hindering police.
The offence of resisting or hindering police carries a maximum penalty of a fine of ten penalty units (that is presently $1,100) and/or 12 months imprisonment in the Local Court should you be found guilty under section 546C of the Crimes Act 1900. However, if the level of the offence is deemed to be serious enough to charge you pursuant to section 58 of the Crimes Act 1900 in the Local, the maximum penalty can be greater; it can be a fine of $5,500.00 and/or 2 years imprisonment. And in the District Court the maximum penalty is 5 years imprisonment.
Therefore, the consequences for being charged with this offence can be very serious.
Do you agree with what the police are alleging against you?
It is normally best to plead guilty at the outset if you agree with the Police allegation against you. Because this would demonstrate you have no intention to waste the time of court and you would be entitled to a discount on your sentence. Alternatively, it may possible for one of our experienced lawyers to negotiate with prosecutors in order for you to plead guilty to a less serious charge.
Do you disagree with what the police are alleging against you?
Potential Defences:
You should make sure the truth as you see it is presented to the court. There are a range of defence options that can be considered if you are charged with this offence, including these:
In all of the above, an accused person bears the evidentiary onus of establishing a basis for a defence; thereafter, the Crown bears the onus of negating the defence beyond reasonable doubt.

Even if you are found guilty, it is possible to avoid a conviction. Much will depend on the special circumstances of your case and the evidence that is presented to the Court. Our experienced team can assist you in presenting your case in order to achieve the best possible outcome.