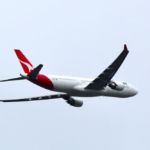 Although it is only in exceptional circumstances that an employer has any right to extend any authority over the private activities of an employee, such can nevertheless be the case.
In 2019, an Australian flight attendant, Mr Luc Urso, lost his appeal against a Fair Work Ruling when the former decision regarding his dismissal was upheld. Mr Urso had been dismissed by Qantas for serious misconduct because he had breached Qantas policies by drinking excessively during a layover period in New York, Mr Urso had spent the night before his scheduled shift, drinking with his colleague in a roof top bar. Late that same evening Mr Urso’s colleague had also found him unconscious in the bar’s bathroom. He was hospitalized, where reportedly tests taken registered his blood alcohol reading as 0.205 (the equivalent having 14 standard drinks). It should be noted that Mr Urso had also advised his manager that he had been unwell and would be unable to attend his shift.
In acting for Mr Urso, the Flight Attendants’Association of Australia had submitted that Mr Urso’s dismissal had been harsh and that a lesser sanction should instead been imposed, such as a written warning. Importantly, Mr Urso had previously had a good employment record and had not received any warnings about his performance.
When is a dismissal considered to be unfair?
A dismissal is considered to be unfair if the Court is satisfied on the evidence before it that the dismissal was harsh, unjust or unreasonable. After considering all the mitigating factors put forward by Mr Urso and the circumstances of this matter, Commissioner Dean was concluded that Mr Urso’s dismissal by QCCA was neither unfair nor disproportionate.
Where an employer is confronted by ‘bad behaviour’ by an employee, such as an act of misconduct, criminal activity, or inappropriate behaviour — any of these categories occurring outside working hours and outside the place of employment, there must be a clear link between the employee’s out of hours behaviour and their employment.
In a landmark case, Telstra v Rose [1998] AIRC 1592, the Australian Industrial Relations Commission held that an employer can only discipline an employee for conduct engaged in outside their working hours, where the conduct was so serious that it has adversely affected the contractual role as employee. Therefore, an employee’s conduct that damages the employer’s interests or is incompatible with the employee’s duty as an employee, may provide a contractual right at Common Law for the employer to discipline or dismiss the employee. In this case the Presiding Commissioner stated that:
1. The conduct must be such that, viewed objectively, it is likely to cause serious damage to the relationship between the employee and employer; or
2. The conduct damages the employer’s interests; or
3. The conduct is incompatible with the employee’s duty as an employee
Many employees are now increasingly working in environments where the boundary between work and private life is less clearly defined than formerly. It can be legally advantageous for employers to have both a code-of-conduct and a social media policy that clearly explains what will and will not be considered acceptable behaviour by their employees. Such a policy may also help protect employees in understanding what would be considered a breach of their obligations as employees.