Contracts and COVID-19: What you should know.

Home Business Law Contracts and COVID-19: What you should know.

Business Law 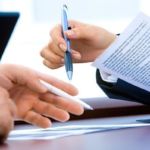 COVID-19 has led to significant economic and cultural challenges. It is vital that both businesses and individuals should adequately assess their existing contractual arrangements and fully understand the risks — and potential protections — that may be present in these contracts. For those of you entering a new contract, make sure that your personal interests are adequately served.
When drafting or entering a contract, the details contained its clauses are of utmost importance. In respect to clauses specifically extending to pandemics, those clauses that are more likely to be activated by the prevailing circumstances must be scrutinised, particularly the wording that may mitigate the potential impacts of the pandemic.
.
The doctrine of frustration
The doctrine of frustration emanates from the Common Law principle which does not require a contractual right of termination to recognise that an unforeseeable event (one that is not caused by either party) makes the performance of the contract impossible. If a contract is proven to be frustrated in a court, it means the contract will be deemed to have terminated at the point of frustration. Importantly, contractual obligations prior to the point of frustration are still operative and therefore should be performed. If a party stops performing contractual obligations while erroneously thinking that the contract is frustrated, it may be liable to pay damages to the other party for failing to fulfill its contractual obligation.
However, frustration can be legally difficult to prove and whether a contract has been frustrated will depend on the specific circumstances of the parties to the contract. Reasons that contracts may be so affected include:
(1). Inability to fulfil essential time conditions: If a contract stipulates a specific time-period for the performance of a contract and circumstances occur that completely alter one party’s ability to fulfil the contract on time.
(2). Indefinite delay of performance: A contract may be frustrated if an event happens  that would indefinitely delay the performance of the contract, for example, if civil unrest erupts in a country that supplies an item to be supplied by one of the parties to the contract.
(3). If a contract is conditional on a person’s continued personal capacity to perform it, and that same person is unavailable, then this situation may  frustrate the contract; for example, the closure of international or indeed interstate border (as has happened with COVID-19).
(4).If there is a change in the law that renders performance of a contract illegal. For example, where a government regulator declares a material that was to have been used in goods to be supplied by a contracted party to be a contaminant.
In New South Wales, there is also legislation (New South Wales (Frustrated Contracts Act 1978) that regulates how frustration operates: Essentially it modifies the Common Law position and provides a pathway for a party to recover amounts paid prior to frustration; for example, a deposit which is generally not recoverable may be recovered. This Act changes this position. Readers should note that the Act does not apply to all contracts, for example, insurance contracts.
.
Force majeure
If parties are in current contract negotiations, it is imperative that they consider including a force majeure clause in the contract, as this will protect them from the consequences of being unable to perform their contractual obligations when an extraordinary event, such as an epidemic, pandemic or work stoppage eventuates.
Notice that provisions that merely refer to ‘force majeure’ without defining its scope or effects are problematic; it may lead to a Court deciding it to be ‘void for uncertainty’. Defining exactly what specific events are covered that activate the force majeure is necessary.
It is important that the rights and obligations that follow upon the occurrence of the force majeure event should be included in the contract; here one may include a clause such as the right to terminate the contract, or a clause to suspend a defaulting party’s duty to perform the contract.
Additionally, a contract can also be drafted specifically to attempt to limit a party being excused for force majeure events; it is therefore exceedingly important to do this in best interests of both (or all) parties to the contract.
International Contracts
For those involved in negotiating or entering into an international contract, it is crucial  to be aware that frustration and force majeure clauses can operate differently in other jurisdictions. Therefore, a thorough understanding of the laws and its implications in each jurisdiction is necessary.
Finally, the operations of both frustration doctrine and force majeure considerations in a contract should be carefully considered. This is as true for multinational businesses as it is for local even formal family arrangements.  If you have in mind entering into a contract or need understanding about the clauses in a contract you have already made, we can help you at AZ Legal.